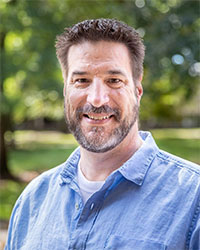 After spending sixteen years teaching Earth Science to high school students, Bernie joined the Pitt-Bradford staff in January 2008.  Technology has always been of interest to him and he incorporated it into his own classroom whenever possible.  He hopes to inspire the Pitt-Bradford faculty to see the value of teaching with technology in the 21st century.